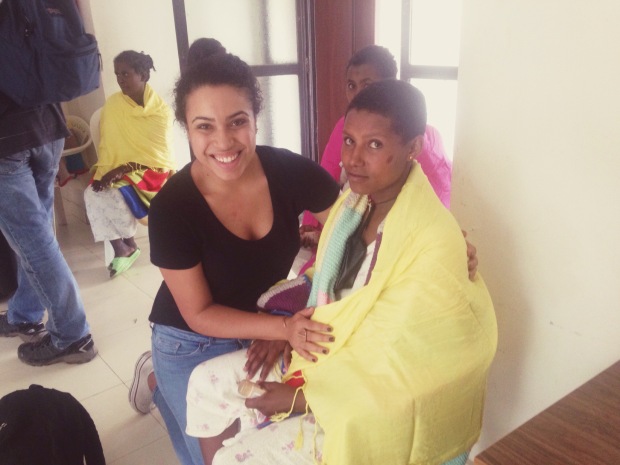 Anna is 23 years old and lives in one of the villages of Amhara, Ethiopia. She’s slightly timid and doesn’t smile a lot, but when she does, her whole face lights up.

I met Anna at the fistula clinic in Bahir Dar (oh yeah, we made it! if you don’t know what fistula is, click here).

In third world countries, especially in the villages that aren’t educated or easily reachable, people don’t understand what fistula is and often shun women that have it because they smell and they don’t understand that they need medical attention. A lot of the women that have this problem are young (16-30) and their husbands end up leaving them because they don’t know how to fix it and don’t want to be tied to them anymore.

This, as I came to find out, was Anna’s second time in the clinic. The first time was because she had complications with the labor of her first pregnancy.

However, as Dr Peter (the clinic’s surgeon) told me, Anna was healed from her surgery and her husband didn’t leave her. Which is why she’s back in the clinic a second time- she’s 8 months pregnant with a very healthy baby!

As soon as I heard this, my eyes watered and I had to regain my composure because, as Dr Peter said, she was a very special and unique patient. Not a lot of women have the opportunity that she has.

Of the 18ish women in the clinic: 2 had babies with them, 1 was pregnant and the youngest girl was 20 years old. The oldest women in there was in her 60s and lived with the problem for 40 years in the village, where she was abandoned by her husband and took care of animals for relatives just so she had money to eat and a place to stay.

And almost all of them are completely healed.
It was such a moving experience as I sat there with those women and not doing much but shaking their hands, looking in their eyes and trying to communicate as best I could with the little knowledge of Amharic that I have.

My emotions ranged from sadness as I sat with the women who lost their child, their husbands and their friends, to pure joy as I held 5 month old Daniele, this bubbly, big cheeked baby boy that had a smile that just wouldn’t quit. (The pictures for which are not on my phone).

I think I can speak on behalf of my team on how it was such a humbling moment when Dr Peter told us the numbers of women who have this problem, but don’t have the means or the accessibility to get it done. Apparently it’s not a difficult procedure and they shouldn’t have to suffer for it.
It really makes you want to go around and hug every woman you see.

(PS- we did a lot of fun things on Saturday too- however, I wanted to share this picture of a honeymoon send off we crashed at a hotel. The bride and groom loved Allison so much, they held her hand for like 2 minutes. So fun! 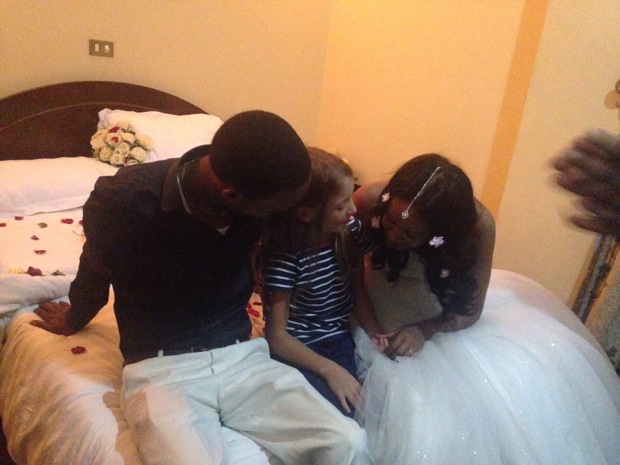